#852 by SIMPLEGREEN
none of the pics work #853 by Zero
^^ sorry about that i blocked my pics on flicker due to a theif and even though i undid that they arent showing up still. ill have to go back and redo them -_- .

first off i took some new pics that ill have posted in the next day or so BUT the process that started it wasnt all that great.

now that im back in Texas and i cant travel to South Padre Island i thought id get some night shots on the island. made it most of the way across the bridge to the island and then kerput. the car gave out and wouldnt start. i was like oh shit. remembered what could have been the problem and was lucky enough that i had a screw driver to check it... damn. distributer rotor screw backed out and destroyed the rotor... great... at 3am no less and no 24hr parts shop in the entire Rio Grande Valley.

called moms and she came and towed me to the nearest O'reilys where i stayed with my car until 7:30am and bought a new rotor... oh great this rotor is too loose, i wonder if the car will start. kerput... well i guess i gotta push start it since the battery is dead... veroom! its got life!

so i drove it home since it was morning and ordered a new rotor from Honda since i didnt trust the one i got.

thats all done and taken care of. so later i went back and took the pics i was trying to and i have other news.

there is a local guy who wants my Recaros who just so happens to have a set of Black ITR Recaros which are the ones i want nowadays. bad thing is my driver side is ripped from use so i told him i couldnt trade them to him unless i paid at least $300 on my end since one is ripped and all. apparently he is down for the deal which blows my mind. i was being generous since mine are all beat up and all and his look almost new so i wasnt expecting him to be down for the deal.

also im going to be trading him my extra valve cover for his knock-off Mugen one. he said he was looking for one and he didnt want the fugen so i offered since its just sitting around and i havent done anything with it. i figure it would be real easy to get another one so why not. kinda wished it was a real mugen cause that would have been one hell of a trade.
I drive a Honda シビック クーペ

"We're supposed to be expressing are own artistic talent and vision through our cars, not everybody else's. Use yours to show the rest of the world who you are... i dare you." - Dru Barrios of Honda Tuning Magazine 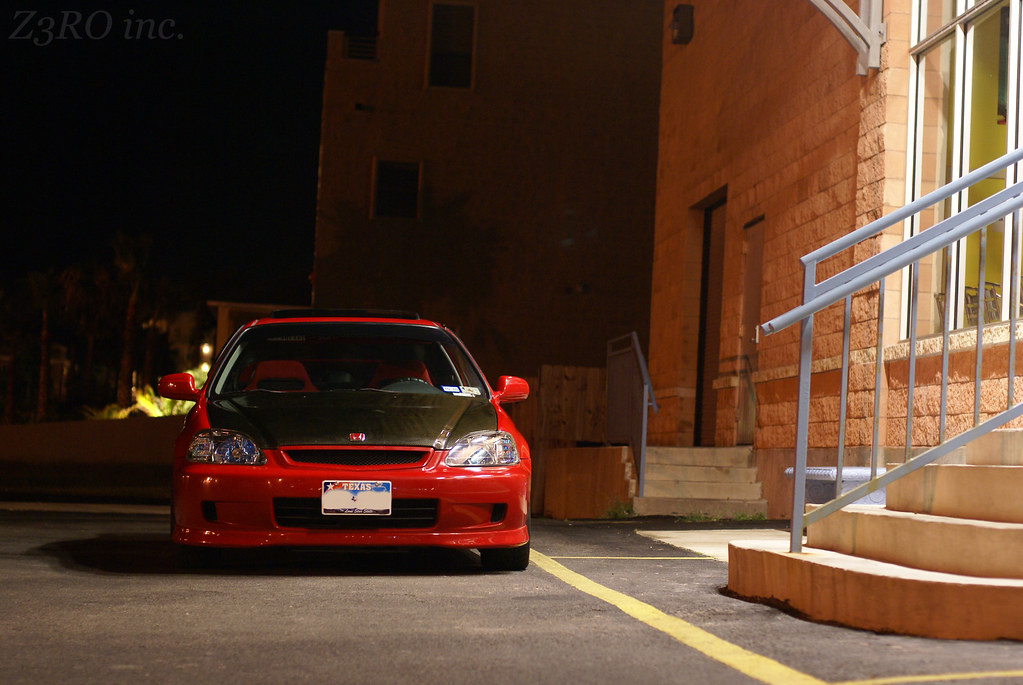 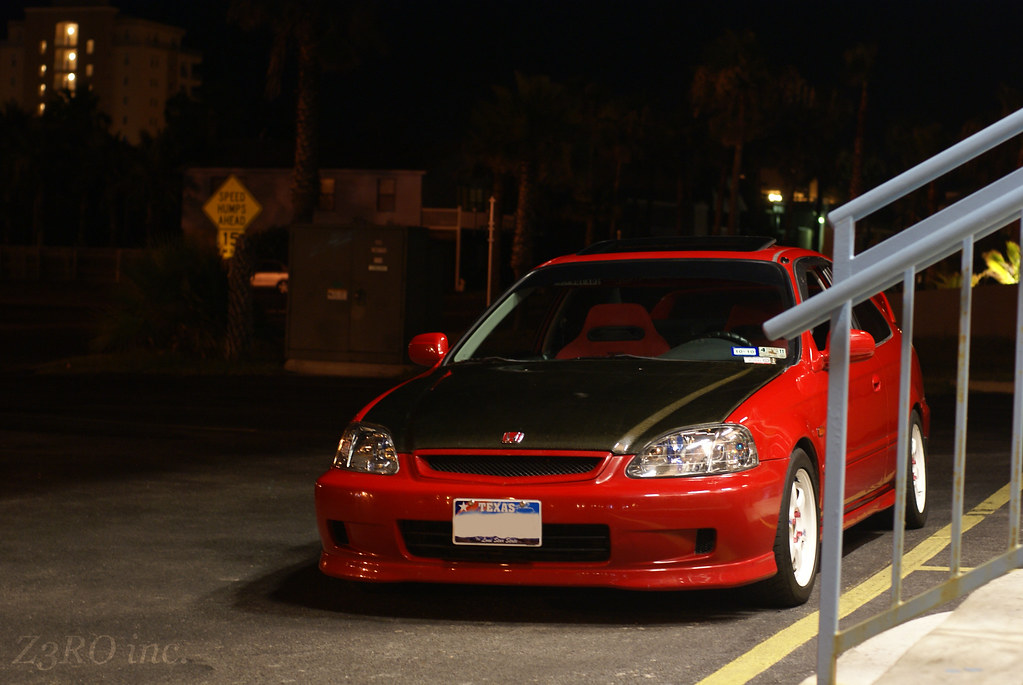 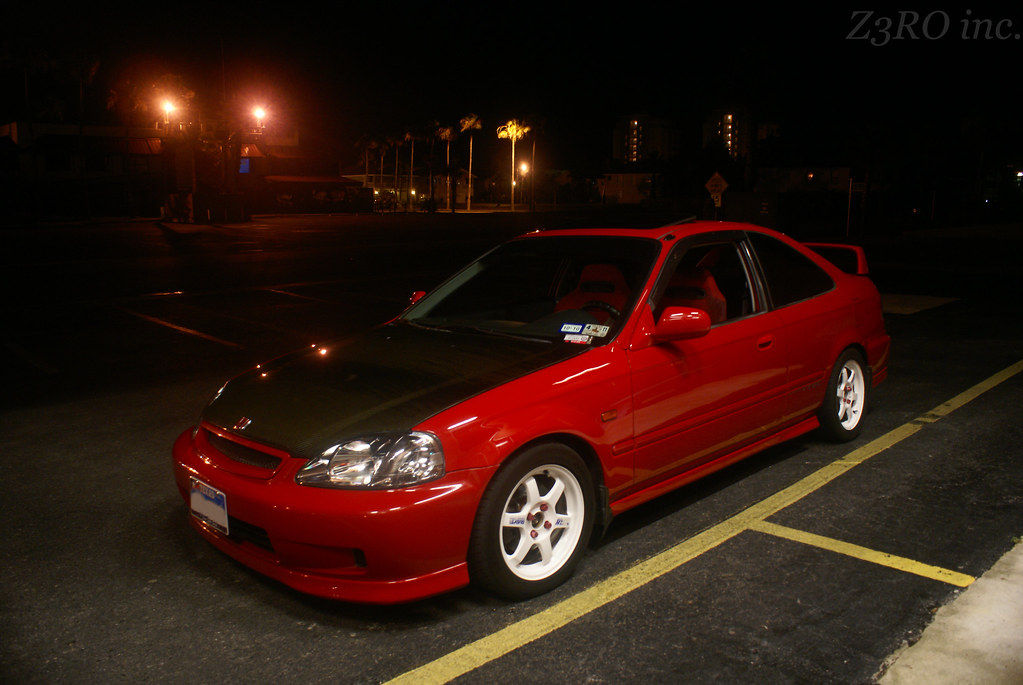 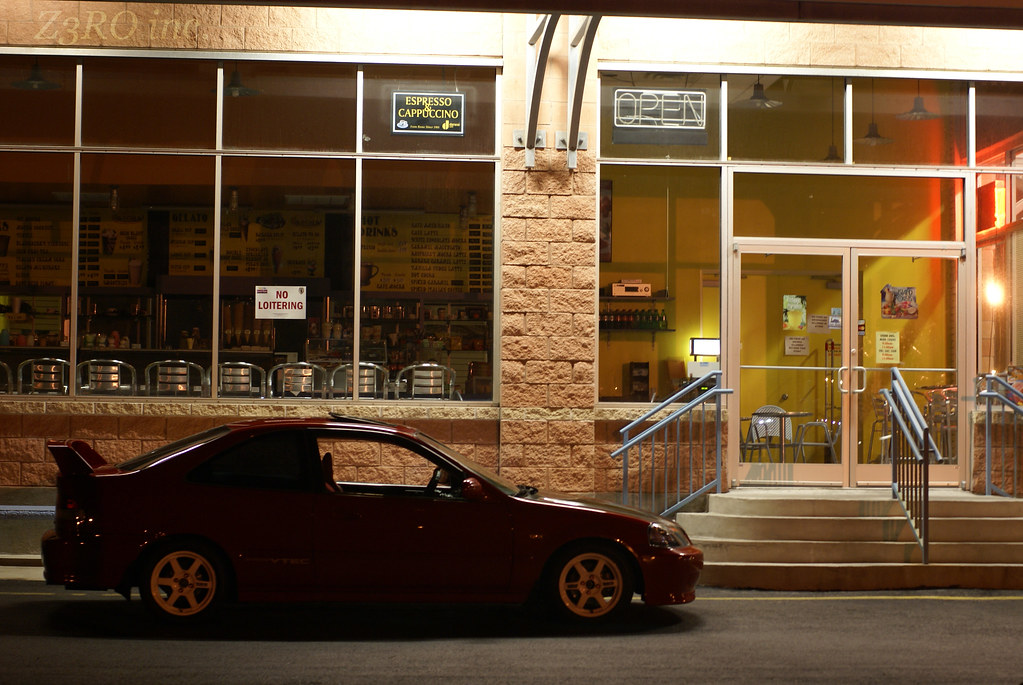 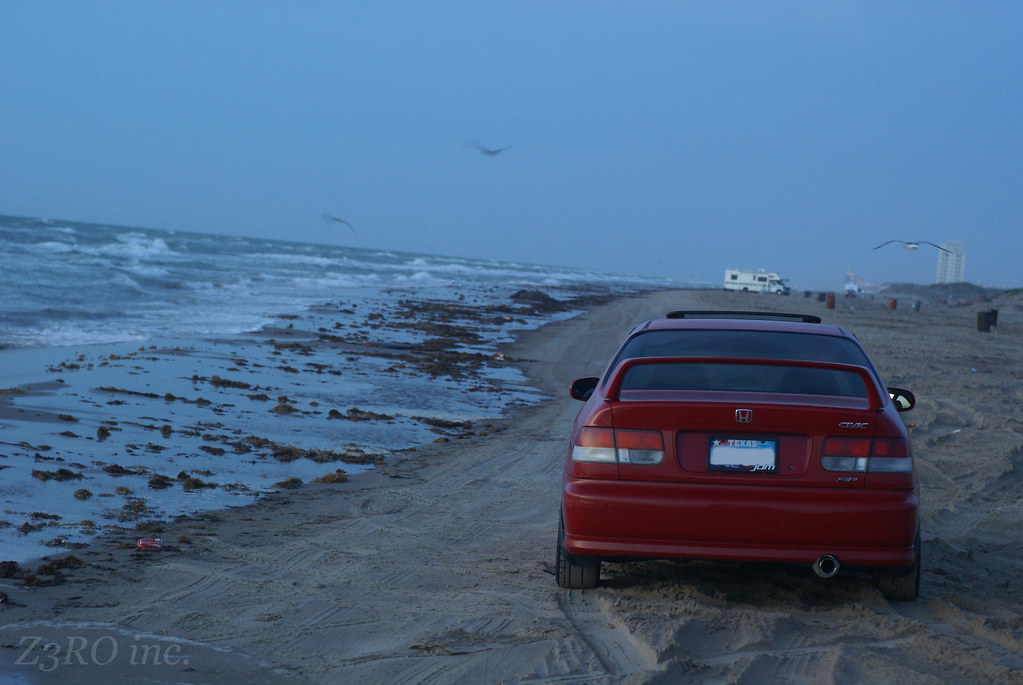 this last picture was just baller so i thought id share.

#855 by Jams_ek
great shots as always bro and congrats on a sweet seat deal!!!

#858 by tenchu
Where the hell is that? If I ever get the fucking Subaru running right, maybe i'll stop by (if its cool) on my way back to El Paso

#859 by .saint
crispy shots as always homie! awesome deal on those seats!!
.saint, the honda EK parts jdMuseum.
i hope i grow to be half the man my grandfather was.
poop.hell sideways.brigade
http://www.fright.house

#860 by Zero
honestly i was suprised he still wants them so i told him as soon as i get the cash they are his to take. the fact is i never wanted to change out the interior to match the red recaros anyways so this is much better to me.

oh and Tenchu its perfectly fine with me if you want to stop by but that a long ass detuor to el paso. im appoxamately 6 hours south of Houston which is about 45minutes to Mexico at the very bottom of Texas closest to the Gulf of Mexico.

the only benifit of being here is when spring break hits half of the colleges in Texas show up at South Padre Island to party.
Page 86 of 89
890 posts
Post Reply

Users browsing this forum: No registered users and 1 guest